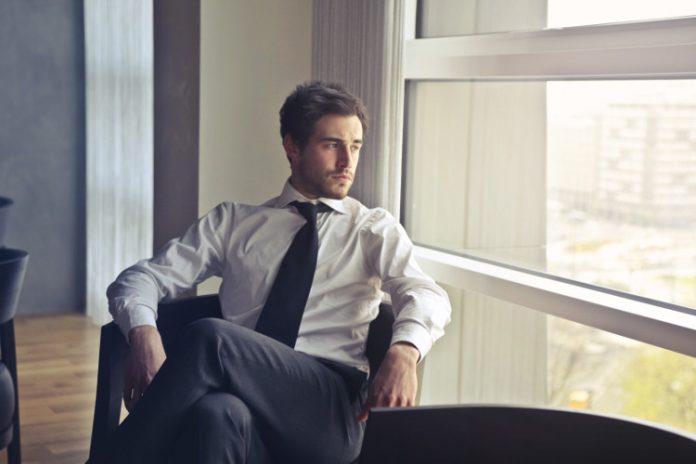 Being a business owner comes with a unique set of emotional burdens. The overwhelming mix of meeting multiple stakeholders’ expectations while trying to stay afloat financially can sometimes seem like too much to bear.

Every wannabe “Shark Tank” pitcher needs to carry a protective shield forged by smart mental habits. After all, stress is coming, and it’s bringing its friends.

A study led by University of California researchers explored the novel psychological stressors felt by entrepreneurs. The Readers Digest condensed version of their findings said that 72 percent — nearly three in four — entrepreneurs reported experiencing mental health issues, with about half of them reporting at least one lifetime mental health condition. The numbers were significantly lower for non-entrepreneurs.

These study findings highlight just how much of a challenge founders face. Not only are they fighting external forces, but they’re dealing with internal hurdles, too. Consequently, the first step toward making a dent in the problem is to develop positive, mind-focused habits.

Just knowing that stress is lurking around the corner doesn’t prepare you to deal with it when it jumps out. In order to combat predictable depression and anxiety, you must arm yourself with strategies to boost your mental health.

1. Get bitten by the reading bug.

Were you once an avid reader who slowed down in favor of running a company? Pick the habit up again. As a study published in Neurology demonstrated, reading improves memory and concentration, which will help you analyze situations rather than fall into knee-jerk reactions.

What kinds of books should you read? Really, anything and everything. Even reading a self-help tome counts, especially if you are already prone to mental health issues. Research published in The BMJ showed improvement in depression symptoms among those who read books on how to better themselves.

2. Clear your mind with movement.

You’ve probably been saying that you need to exercise more. Science agrees, and not just about loosening your waistband. Movement gives you a major oxygen kick, and it quite literally expands your mind.

A study published in NeuroImage found that when adults incorporated regular workouts into their routines, their brains actually grew. If you worry about the time commitment, do your work while walking at a treadmill desk. Why? Researchers from Goethe University showed that people who walked while they tried to learn had better retention.

3. Stop overthinking and do something.

Experiencing a little analysis paralysis? Instead of agonizing over life’s what-ifs, try taking action right now. Amazon CEO Jeff Bezos spoke about this topic in a 2016 letter to his stockholders, in which he argued against worrying about tomorrow. For him, having a “this is Day 1” mentality is the key to making smart decisions. Once you have 70 percent of the information, Bezos argues, you should be able to make a decision and act on it.

If you’re a perfectionist at heart, retrain yourself to have an action bias. Each day, stop putting off what can be done. In time, you’ll feel less stressed about the unknown as you learn to course-correct when things don’t work out.

Not all opportunities are created equally. In fact, some will just drain you. Even if a chance presents itself, it’s not always a serendipitous moment. Being selective takes some guts — it’s hard to say “no” to what seems like the golden goose. But, if it’s going to stretch you too thin, it’s never worth it.

The next time someone comes to you with a “once-in-a-lifetime” offer, take a step back. You only have 24 hours a day, 168 hours a week. Will this opportunity eat away minutes that could better be spent in other areas? Often, the answer will be yes.

Work-life balance is a dangerous myth. Even Bezos knows it. In a candid interview published in TechCrunch, he admitted that he doesn’t strive to give up one thing for another. He would rather focus himself enthusiastically on all the valuable aspects and responsibilities in his world.

You can do likewise by being flexible about how you structure your days. As an entrepreneur, working a lot is part of the status quo. At the same time, you don’t have to do all the working at the expense of your family, friends or self, so figure out what priorities serve you and yours best.

Into each entrepreneur’s life, some — or a lot of — stress will fall. So be it. Because you know that it’s going to be a part of your chosen career path, why not bolster yourself mentally to fight the down times? Train your brain to stay positive in the face of fear and worry; it’s the only way to thrive in the experience. 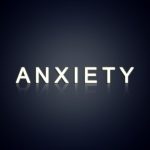 Tips on what to do when a panic attack hits and how to manage chronic anxiety. 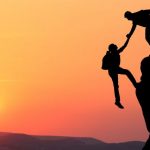 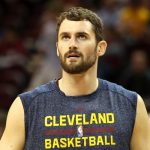 Tucked into the back corner of an office in midtown Manhattan, Kevin Love is spending the day talking about depression. It’s something he does... 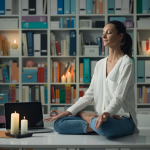